Myth 2: Screening and selection for Down syndrome is a woman’s right and a free choice 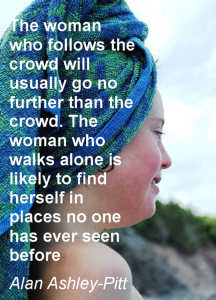 Lakshmi may look young but when she speaks it is with a lot of experience.  Living in the Indian city of Kerala it is ambitious for a woman to find a job outside of the family home. Lakshmi is a teacher. She seems very independent until she is asked what her family thinks about her not having a son. It clearly is a sensitive issue.

Lakshmi says she is pleased with her two daughters but her parents-in-law, with whom she shares a house, want her to have a son. “They want someone to carry on the family name.“ Lakshmi admits she feels the pressure: ‘I have to live with my parents-in-law’, she says.

Just like many Asian countries India loves boys more than girls. A boy is a breadwinner, a protector, and an insurance for old age. A girl means economic liability and a poor status.

Do you think Indian women should have the choice to selectively abort unborn baby-girls (gender-selection) as part of routine prenatal healthcare?

If your answer is yes, please understand by doing so you seal the fate of women worldwide.

If your answer is no, please understand by doing so you agree prenatal selection is not a woman’s right or a free choice.

As discussed in the previous article, Down syndrome is not, according to the usual medical definitions, a serious condition. People with Down syndrome and their families rate life above average and screening does not offer health benefits. This means that offering screening and selection has to be the result of cultural inequality resulting in economic liability and a poor social status of people with Down syndrome. Much like women in India. Offering screening to enable selection will reinforce inequality and discrimination.

According to an old Indian proverb “eighteen goddess-like daughters are not equal to one son with a hump”. The culture that a son with a disability is valued more than daughters is reflected in selective abortion in this country. Especially in rural areas where the social status of women is very poor, entire villages exist where nearly no girls are born.

In Western societies a similar trend is seen for children with disabilities. Denmark was the first European country to introduce a nationwide prenatal testing program for Down syndrome in 2004. Other countries have adopted similar programs. Prenatal screening for Down syndrome is a routine part in most countries. Termination rates after Down syndrome is diagnosed, vary from 67% in the United States to 92% in Europe. According to the Copenhagen Post (2011)1), Denmark could be a country without a single citizen with Down syndrome in the not too distant future.

Which life is worthier: a child with Down syndrome in Denmark or a girl in India?

Medical tests are not neutral. Every time a woman is offered testing it mirrors societal prejudices. Every time a woman ‘chooses’ selective abortion it reinforces negative stereotyping. What does a ‘woman’s freedom to choose’ mean when society believes handicapped people are lesser valued. Yes, women have the choice to refuse testing. But like Lakshmi, all women have to live with their families and in their communities.

I am a woman and a mother of one son and two daughters with Down syndrome. I am not an incubator of societal preferred descendants. My daughters are not a reflection of my ‘personal choice’ but they are full fledged persons who have equal rights in society. Just like women in India, people of a different colour, race, sexual preference or belief.

I expect governments to protect that right by fighting discrimination and fully supporting inclusiveness. They need to do that by protecting and investing in the lives of those  with Down syndrome, not supporting or allowing programs aimed at eliminating them  from society. This  is how we can ensure reproductive freedom and full choice. This  is my woman’s right.