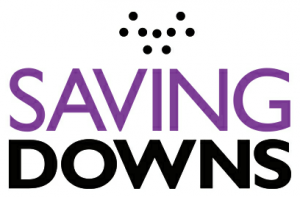 There has been some interesting blogs going around objecting to Saving Downs using the term “eugenics” in relation to antenatal screening for Down syndrome. So, what’s really going here and how did we arrive at a government-funded eugenics programme in New Zealand in 2010?

Firstly, I should clarify that we use the term “screening” in the broad sense, applying to both screening to determine the chance of Down syndrome for the unborn child and diagnostic testing to confirm Down syndrome (albeit without complete certainty). When this technology is used for life affirming care for the unborn child and the parents, then that is antenatal health care and we support that.

When screening and diagnostic testing is used to select who gets born, based on the genetic difference of that child, then we have entered the realm of selecting the type of child, and it is eugenics. We oppose eugenics. It harms our community and it devalues the lives of those with Down syndrome.

So, what is eugenics? From Natalie Ball at Calgary University:

The term eugenics was coined by Sir Francis Galton in 1883 to refer to “the investigation under which men of a high type are produced”. Under Galton’s vision of eugenics, there are two ways that eugenics can be achieved: through increasing the frequency of so-called ‘desirable’ genes (known as positive eugenics), or decreasing the frequency of so-called ‘undesirable’ genes (known as negative eugenics). Eugenics is one dynamic that influences the judgment of people’s abilities and the disabling consequences.

Objections have been raised that eugenics has to involve some degree of enforcement by a government. This is incorrect. The French Council of State in its study on the revision of the bioethics laws in 2009 stated that:

“Eugenics may be the fruit of a policy deliberately carried out by a state. It may also be the collective result of a series of converging individual decisions taken by future parents in a society that seeks the production of the “perfect child” or the least one unaffected by numerous serious diseases”

Eugenics became popular in the early 20th century then quickly fell out of favour after the holocaust. It has now been resurrected under the guise of prenatal health care, reproductive choice, human rights and even “private decisions concerned with family’s well being”.

It is one of life’s great paradoxes that the most gentle, loving and enduring amongst us have always been the target of the eugenists – those with Down syndrome: the very people who embrace those defining human qualities of unconditional love and compassion so needed in this age. The Down syndrome community is first in line now, as it was in 1939 at the start of the holocaust. A case currently before the European Court of Human Rights even seeks to declare a fundamental human right to kill one’s unborn baby because it has Down syndrome through selective abortion. Unfortunately this is nothing new, and we do it now here in New Zealand.

It was back in the spring of 1939 that the infamous Action T4 programme was launched in Germany, the so-called euthanasia programme of the disabled. It had its origin in Binding’s and Hoche’s 1920 paper “Authorisation for the destruction of life unworthy of life”. The initial decree required midwives and physicians to report all infants born with disabilities to be reported to the T4 authorities. Number one on the list was “Mongolism”, that dated and offensive term of the time for people with a third 21st Chromosome: Trisomy 21 or Down syndrome. The first killings of the children started in October 1939 and quickly moved to adults. 70,000 disabled people were eventually killed as part of the holocaust that went on to include the gypsies and then the Jews. All in the name of racial hygiene and the eradication of those deemed to be unworthy of life. The Nazi Doctors involved where found guilty of crimes against humanity at Nuremberg and the practice of persecuting minority groups has been prohibited under international law ever since.

But the scourge of eugenics was to gain momentum in New Zealand in 1977 with the Royal Commission’s report on abortion, some 32 years after the holocaust.  The Commission dealt with the issue of “handicapped” persons, stating:

“ It is not immoral to terminate a pregnancy where the fetus is likely to be born with a severe physical or mental handicap, because the burden of the handicapped person to himself and to his parents may be greater than the sum total of their happiness.”

Again, Down syndrome was the target of discussion, based in eugenic ideas that people with disabilities have “life unworthy of life” and their degree of burden exceeds their happiness.  Of course any one with Down syndrome, or their families, will testify to the joy and love of their lives and the enrichment they bring to our society. New Zealand legalised the death of unborn children with disabilities in 1977, laying the grounds for eugenic abortion.

Under the radar the Ministry of Health has been running a screening programme for Down syndrome here since 1968 and the slippery slope was set in motion. In 2004 the National Screening Unit (NSU) began to review the programme, adding grease to the slope. They quietly noted enthusiastically that one of the purposes of their programme was to:

“allow couples at risk of anomaly to embark on having a family, knowing they may avoid the birth of seriously affected children through selective abortion”.

At the time the NSU were concerned that too many “normal” babies were being killed as a result of invasive tests and resulting miscarriages whilst trying to find the “defective” ones and that current practice had:

“failed to reduce the numbers of babies born with undiagnosed Trisomy 21”.

And so in 2010 the NSU brought in the “quality improved” programme to improve detection rates in spite of the basic facts that there is no therapeutic benefit in the programme and that participation in the screening pathway imposes more harm than benefit to an unborn child, through miscarriage and morbidity due to diagnostic testing.

The practice actually has more to do with money. It costs around $70,000 to detect an unborn child with Down syndrome and governments consider this to be cost-effective and cheaper than providing additional care, should it be required.  The 2007 Health Outcomes report for the NSU says this about screening:

“It is cost-effective, as the estimated cost of avoiding the birth of a baby with Down syndrome is substantially less than the lifetime costs of care.”

Our children are reduced to a valueless disposable commodity.

Further grease was added to the slide with the introduction of new blood tests for Down syndrome in early pregnancy in America this year that are now being promoted in Europe, Australia and some Asian countries. People say this isn’t eugenics? Well what to the geneticists and bioethicists have to say then?

In March 2011 Philippos Patsalis of the Institute of Neurology and Genetics in Nicosia, who discovered the new technology, told reporters that:

On 8 June 2012 Robert Klitzman, a bioethicist at Columbia University, made the following comment in relation to the use of these tests:

But it doesn’t stop there though, now the de-selecting of the unborn with Down syndrome is being proclaimed as a human right. Forget the well-greased slippery slope of eugenic screening programmes and selective abortion; bring on the play ground slide for eradication as a right.

First there are a number of successful “wrongful birth” law suits in Europe and American where parents have successfully sued Doctors for not diagnosing their child with Down syndrome in the womb so that they could have killed them.

Then we had the two “bioethicists” in Australia argue that infanticide of children with Down syndrome should be permissive as:

And now we have a case before the European Court of Human Rights seeking to declare a fundamental human right to kill one’s unborn baby just because it has Down syndrome. Faced with the danger of prenatal screening and elimination becoming enshrined and consecrated as a human right the European Down syndrome community has launched an urgent mobilisation to petition the court. The petition appeals to the conscience of the Court and to European institutions to recognise the humanity, and protect the right to life, of people with Down syndrome and all disabilities. 38 European and International disability organisations have weighed in to support the petition.

Recognising as a human right the elimination of children with Down syndrome before their birth would stigmatise a human group selected on the basis of their genetic difference. A favourable ruling would simply deny the humanity of the persons with disabilities and setup in law the mechanism for their elimination through eugenics.

None of this makes for pleasant reading. Let us remember though that mothers who enter the screening pathway have wanted pregnancies.  If there is an unexpected diagnosis then that is the first moment they are called to be true parents and provide unconditional love and support to their child. The inherent dignity and value of that wanted life is not suddenly eroded because there is a diagnosis of Down syndrome. As a civilised society we should be providing compassion and support in those situations and reaffirming our commitment to the same life affirming care that was there before the diagnosis. And we can be sure that the Down syndrome community will be there to support them.

Latests from the Saving Down Syndrome blog

"Down syndrome has to disappear from society", according to Hans Galjaard